Future Shark Tank competitors in Mrs. Sumner’s Economics for Entrepreneurs had their first exposure to building a prototype in the STEAM Lab. In this case, it was a special chair for a Scooby Doo character. Design Thinking and the particular needs of the character were explained the day before, and the students sketched their design before actually building it. Then, they were given ten minutes in the lab to produce a chair from simple, basic materials. Except for a cut from an enthusiastic student using a box cutter, (you have to be VERY careful), the prototype construction went well. Back in class, students presented their design to the character, played by either Mrs. Sumner or Mr. Shabanowitz, and received feedback. Great start! 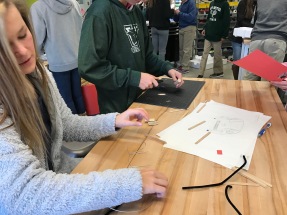 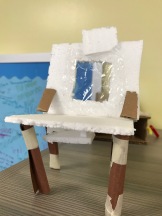 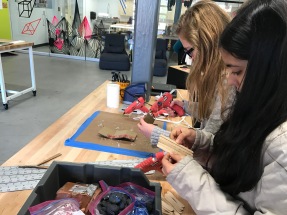 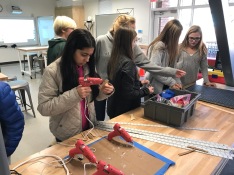 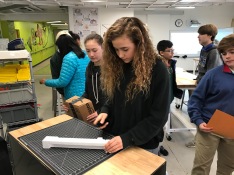